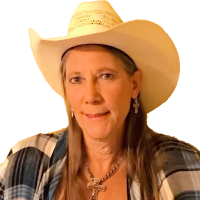 Jessie Mapes is a singer, actress and Texas native who appeared in the cult classic film Urban Cowboy with John Travolta. She played Jessie La Rive, a sassy and spirited honky-tonk angel who conquered El Toro, the mechanical bull that busted up the honky-tonk romance of characters Bud and Sissy. She now owns and operates CJ Farms, which she runs with her husband, Charlie Mapes, in Yorktown, Texas. Together they raise running quarter horses and angus cattle. She released an album of country music, An Original Urban Cowgirl, in 2015. She regularly performed at Gilley’s, the world famous bar that was located in Pasadena Texas, and has appeared at The Palomino Club in North Hollywood and The Rose Room in Nashville. Jessie participated in the acclaimed 2015 documentary Urban Cowboy: The Rise and Fall of Gilley’s. She will embark on the 40th anniversary Urban Cowboy tour with many of the cast in 2020. 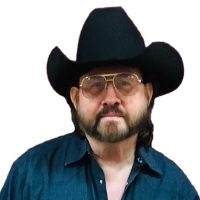 Leon Beck, a well-known country music journalist, has had a decades-long relationship with Gilley’s, the world’s largest night club that was located in Pasadena, Texas. Gilley’s was the location for the 1980 Urban Cowboy film, starring John Travolta and Debra Winger. In the ’80s, Leon worked in marketing and promotions for Gilley’s, and was the editor of Gilley’s Country Magazine. He appeared in the acclaimed documentary Urban Cowboy: The Rise and Fall of Gilley’s which chronicles the cultural phenomenon sparked by the 1980 film Urban Cowboy. He has served as editor and publisher for several country music magazines, including  93Q Country Magazine/93Q Country Radio Insider, KILT Country News Magazine, Texas Hot Country Magazine, Texas Honky-Tonk Country Magazine and several others. He has written for several national country music magazines, including Country Weekly, Country Rambler, Music City News and Country Music Scene. Leon has conducted thousands of interviews with music icons such as Mickey Gilley, Johnny Lee, George Strait, Brad Paisley, Willie Nelson, Dolly Parton, Roy Rogers, Johnny Cash, Tanya Tucker, Randy Travis and Hank Williams Jr. Leon will embark on the 40th anniversary Urban Cowboy tour with many of the cast in 2020. 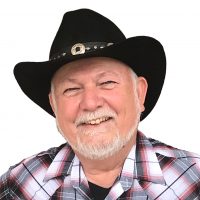 Gator Conley is a Houston Texas local, a legendary regular of Gilley’s which was the largest nightclub in the world and appeared in the cult classic film Urban Cowboy with John Travolta. Gator was born in Shreveport, Louisiana and raised on Black Lake outside of Campti, Louisiana. His family moved to Houston in 1963. Later in the early 70’s he began working for Sherwood Cryer, one of the founders of Gilley’s. Gator was selected as one of the cast members for Urban Cowboy and appeared in numerous scenes throughout the film. He also participated in the 2015 documentary Urban Cowboy: The Rise and Fall of Gilley’s. Other appearances include David Letterman, John Davidson, Dick Cavett as well as several local shows throughout the country where he taught dancing and demonstrated mechanical bull riding. In an appearance on the nationally televised Nashville Palace, Gator was introduced by Slim Pickens as the Honky Tonk Fred Astaire. He was named Redneck of the Century by Texas Monthly Magazine and appeared on the cover of Bob Claypool’s Saturday Night at Gilley’s and Tony Leisner’s Official Guide to Country Dance Steps. Gator will embark on the 40th anniversary Urban Cowboy tour with many of the cast in 2020. 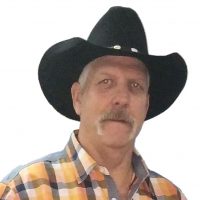 Norman Tucker, born in Coleman, Texas grew up helping his grandfather with his farm. As Norman got older, much like the character Bud Davis, he ventured out into the larger world seeking employment. In 1977, he found work at a local chemical plant where he made a living for his family for over 30 years. Norman also found Gilley’s in 1977, declaring the club his second home where dancing, drinking and riding the mechanical bull became his favorite pastime. When Paramount Pictures came to film the cult classic Urban Cowboy at Gilley’s with John Travolta, Norman was selected as a cast member in the movie. He participated in the bull riding, punching bag and dance contests. You can spot Norman in several scenes in the movie. Norman and his wife of 31 years have two sons and one grandson and reside in Houston. Norman will embark on the 40th anniversary Urban Cowboy tour with many of the cast in 2020.

Mobile version: Enabled
Back to top

Use the search box to find the product you are looking for.

No products in the cart.